Posted by Darlene on Monday, 20 October 2014 in Blog - Goal Matters

Why Goal Achievement is Better than Goal Setting

When the calendar year has changed, we come up with a list of New Year’s resolutions. Each resolution can either be achieved or be part of the following year’s list once again.

Some have dropped the idea of making any list simply because of not achieving the goal items, especially the significant ones. They argue, “What good is goal setting if there is no goal achievement?”  Goal achievement is seen as the better of the two. Why?

In our everyday lives, we see a lot of activities happening around us. Some are simple routines which do not have to go through any kind of evaluation. Others are steps and procedures that lead to achieving goals. Do all achievements, however, have their corresponding goal settings?

Let us take two achievements: a salesman’s first sale and a toddler’s first step. On his own or with the help of his team, a salesman prepares his step-by-step course of action complete with a timetable, to arrive at his goal achievement—to close a sale. There is definitely a conscious effort in his goal setting.

In the case of the toddler’s making his first step, is there a conscious effort on his part to make this goal? Is it even the goal of the toddler? Most, if not all, may say that it is the parents’ goal to make their child walk. Every day, they guide their toddler in the hope that soon, he will make his first independent step. Unless there is something unusual in the child’s development, the parents have no conscious step-by-step procedure and they only have their eyes and hearts on his first step—the goal achievement.

Sometimes, great surprises come unexpectedly for achievers. For example, a young ballet dancer may look forward to just completing her routines during a recital. Receiving a standing ovation after her performance, however, makes her goal achievement go over and beyond her goal setting.

User account has expired.
The Constant Contact Signup Majix Pro Module did not load due to an error. 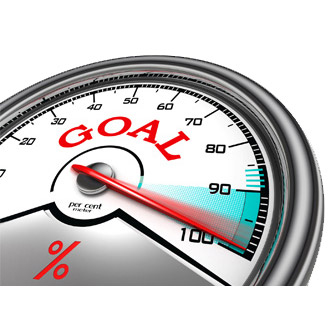